Another serious screen issue that you may experience on Samsung devices is ghost touch. When contrasted to a physically broken screen, it may be even more frustrating and unreal. You’re not alone if your touchscreen starts operating itself – perhaps with random touches or parts of the screen. Hopefully, this article will guide you on how to fix Ghost Touch on Samsung Devices, and how you can control your phone again.

On Android, what does mean “Ghost Touch”?

You’ve undoubtedly seen it when charging your phone. It happens when your phone runs on its own and responds to touches that you aren’t doing. A random touch, a portion of the screen, or certain parts of the screen being frozen might be the cause.

The reasons for the Ghost touch on Samsung Devices.

We’re about to show you how to fix the Ghost Touch on Samsung Devices. Do you know what caused it, though? The most common cause of Samsung ghost Touch is a software issue. If you’re having trouble, it’s most likely a hardware issue, such as a broken screen.

This is the most common cause of ghost touch on Samsung smartphones. If your phone starts tapping itself when you connect to your charger, the charger may be the problem. It’s possible that the charger is incompatible with your smartphone or that it’s poorly constructed.

However, a software issue is rarely the cause of this problem. Even so, a faulty software code might cause your screen to freeze or start responding to random touches.

The phone must be in a temperate environment for the screen to work correctly. If the device is frozen or overeating, you may feel a ghost touch. Although the ghost touch reaction isn’t strong, it will influence some parts of the screen.

If you have a poor screen protector on your Android phone, you may experience ghost touch – especially if it isn’t securely adhered to the screen or if there are particles between the screen and the protector.

How to fix the problem of ghost touch on Samsung devices.

Here are the best ways to repair ghost touch on Samsung phones now that you know what causes it.

1. Make use of a high-quality charger 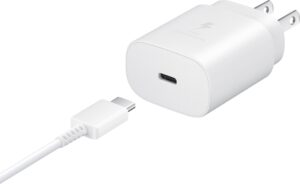 First, if you only receive a ghost touch when charging your phone, the best thing you can do is acquire a different charger that is compatible with your phone. We recommend using the charger that came with your phone if you still have it. Otherwise, just get a new charger from a reputable company or the official store of your brand. 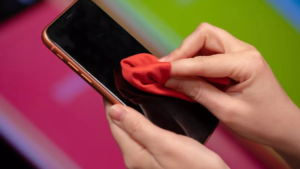 To perform any activity, the screen relies on the contact between your finger and the touchpad. This is also true if the screen contains foreign particles, such as dirt or dust from the surroundings. Keep your phone screen clean in this situation to avoid the Android ghost touch issue.

It’s simple: turn off the device, get some clean wipes, and gently wipe the screen. Sharp items should not be used to scratch the screen.

If your screen is broken or scratched, you may also experience ghost touches. As a result, make sure the phone is scratch-free.

3. Take breaks from using the screen

Keep the phone at a regular temperature and remember to take breaks between screen usages, especially when the phone is hot, to fix/avoid ghost touches on your Android phone. Also, avoid using the phone in extremely hot conditions, such as direct sunlight.

This is still relevant. If your screen is unable to heal from ghost touch, it may be time to replace it. It’s possible that the screen is deteriorating, that water has entered it, or that it was replaced with a defective screen component. All you need to do is find a competent engineer around you and fix the screen – usually the official service center for your phone.

5. Force Your Smartphone to Restart

It is recommended that you restart your phone once if you have a ghost touch issue or any other issue. By doing so, any flaws or problems on your phone will be erased, and your phone will function normally. However, restarting the device may pose a difficulty in terms of the issue, but it is still a highly recommended option.

If you’re having trouble with ghost touch on your Android phone, you should do a factory reset. Many people have done so and recommend it as a way to fix ghost touch on Samsung phones. However, before you begin, you should make a backup of everything you own because the phone’s stored data may be lost.

After you’ve successfully backed up your data, follow the instructions below to factory reset your Samsung phone: 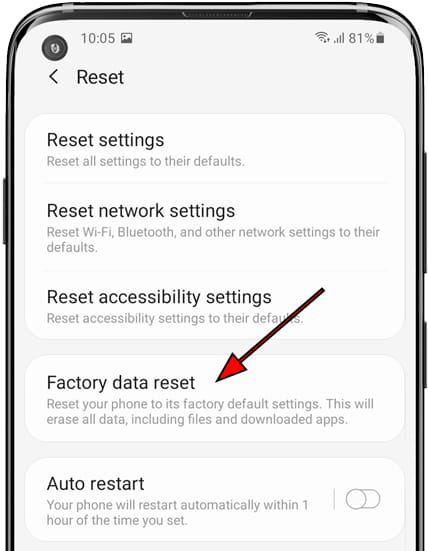 That’s all; your phone will be completely reset and brand new. That’s all there is to your ghost touch issue.

1. Take it to the service center.

Finally, if your screen hasn’t healed as a result of a ghost touch, you may take it to a service center to get it fixed. It might be caused by something other than the screen, but if it’s a hardware problem, it should be repaired by a technician.

How to Fix Ghost Touch on iPhone

How to use Discord on Xbox One: For Voice Call in...

Subham Mehta - September 29, 2021 6
Here, you will see a full Guide for how to use Discord on Xbox One. Select "Linked social accounts" from the Account Settings menu on Xbox One…...

How to Fix My Computer Overheating Issues: Best 7 Tips and...

How To Make Your Old Computer Speed Up On Windows 11

How to install Windows 11: Step by Step Complete Guide

The Best GPS Tracker and Devices for Kids in 2022

How to Sync Google Drive and OneDrive Files to Your Computer

How To Undervolt Your Graphics Card (And Why You Might Want...

How To Boot Into Safe Mode In Windows 11: The Ultimate...