With support for a 28W processor, the Dell XPS 13 Plus is designed to deliver better performance, and its simple appearance is truly attractive. However, there are fewer ports available, and the new touch function row isn’t as comfortable as regular keys.

Dell considers itself a leader in the laptop design area, and the new Dell XPS 13 Plus with 12th Intel Alder Lake processor keeps that legacy going, although in surprising ways.

It is built on some of the XPS specifications, including super-thin bezels and a 16:10 aspect ratio.

The XPS 13 Plus, on the other hand, takes risks. It purposefully picks certain eye-catching design elements that will captivate some while repelling others. In my brief time with the laptop, I was both concerned about its practicality and intrigued about a major laptop maker taking some risks.

The Dell XPS 13 has traditionally been one of the most awaited devices at CES, and this year is no exception. The XPS 13 hasn’t seen many changes in recent memory, but Dell’s XPS 13 Plus 9320 will introduce some significant design improvements at CES 2022. Also, you can see Dell Latitude 7420 Review

Specifications of Dell XPS 13 Plus

Price and Availability of Dell XPS 13 Plus

The XPS 13 Plus is priced at $1,099 for a configuration with a Core i5 processor, 8GB of RAM, and 256GB of SSD storage. A non-touch 1080p screen is also included in this configuration. If you want 4K or touch, you’ll have to spend extra.

It’s worth noting that this isn’t all that much more costly than the existing XPS 13, so the lineup’s pricing may be adjusted in the future.

The XPS 13 Plus has yet to be given a specific release date, although Dell has indicated that it will be available in the first quarter of 2022. 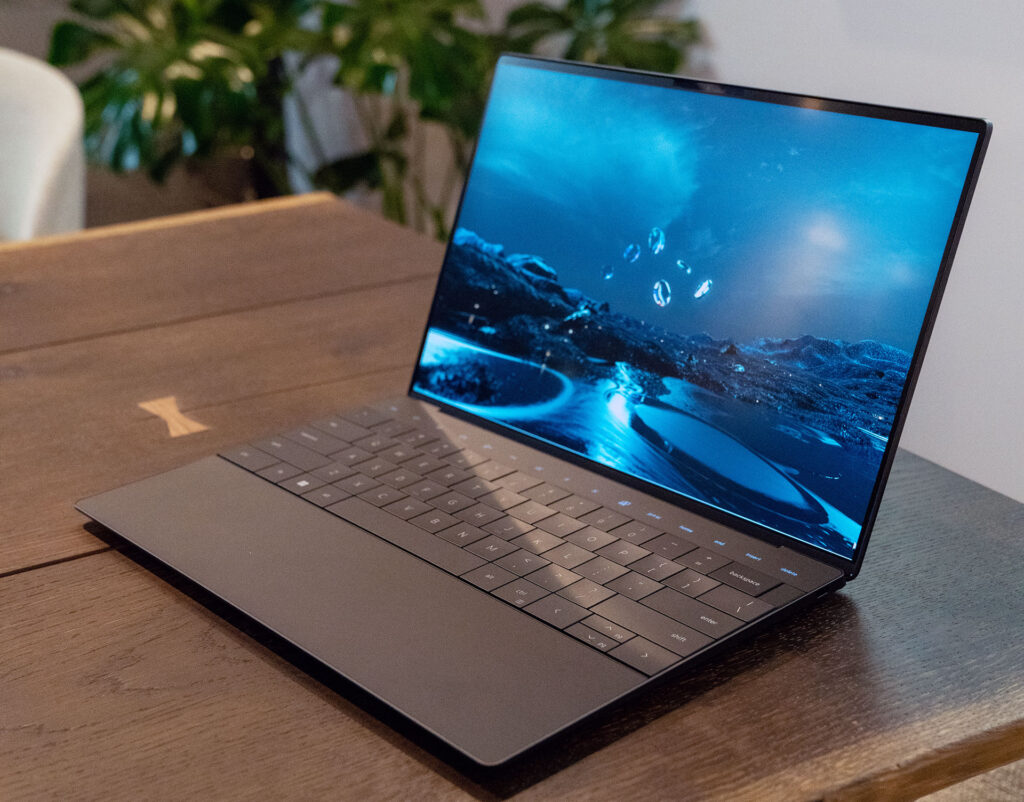 The Dell XPS 13 Plus is a full redesign of previous XPS laptop versions. Beyond the Dell logo on the lid, though, there are a few key points of consistency.

The objective remains the same: to make the entire footprint as minimal as possible. The small bezels that frame the 16:10 screen account for a lot of this. They’re the same as past generations, although they’re still rather little.

In terms of size and dimensions, the XPS 13 Plus is comparable. It’s 0.6 inches thick and weighs 2.73 pounds, making it somewhat thicker and heavier than the conventional XPS 13 — but not by much. The name’s “Plus” does not refer to its size. 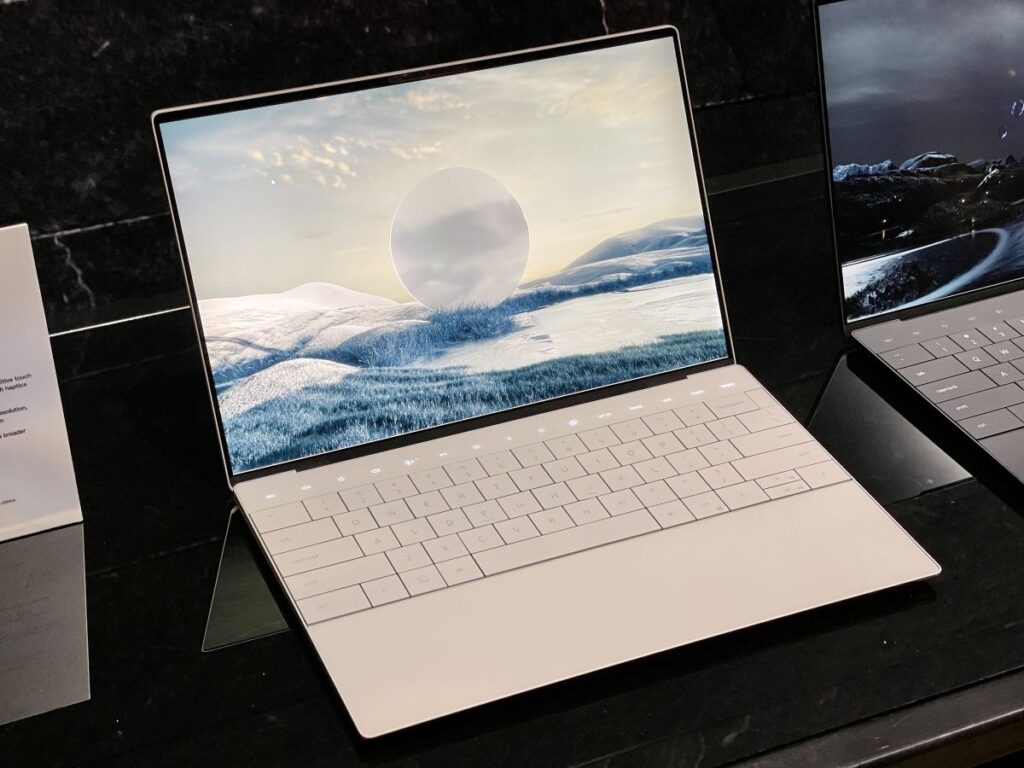 However, you’ll note that one key feature of current XPS designs is absent. Although XPS laptops have always been built of aluminum, the XPS 13 has always had woven carbon fiber palm rests. It was a unique appearance and feel, but the XPS 13 Plus removes it altogether in favor of a more traditional metal surface.

The more basic design is undoubtedly stylish. It has a sample consists, yet it currently matches almost any laptop available. The lighter “Platinum” and the darker “Graphite” are the two color options offered. The austere, minimalist keyboard and touchpad, on the other hand, attract attention to the new colors and materials. 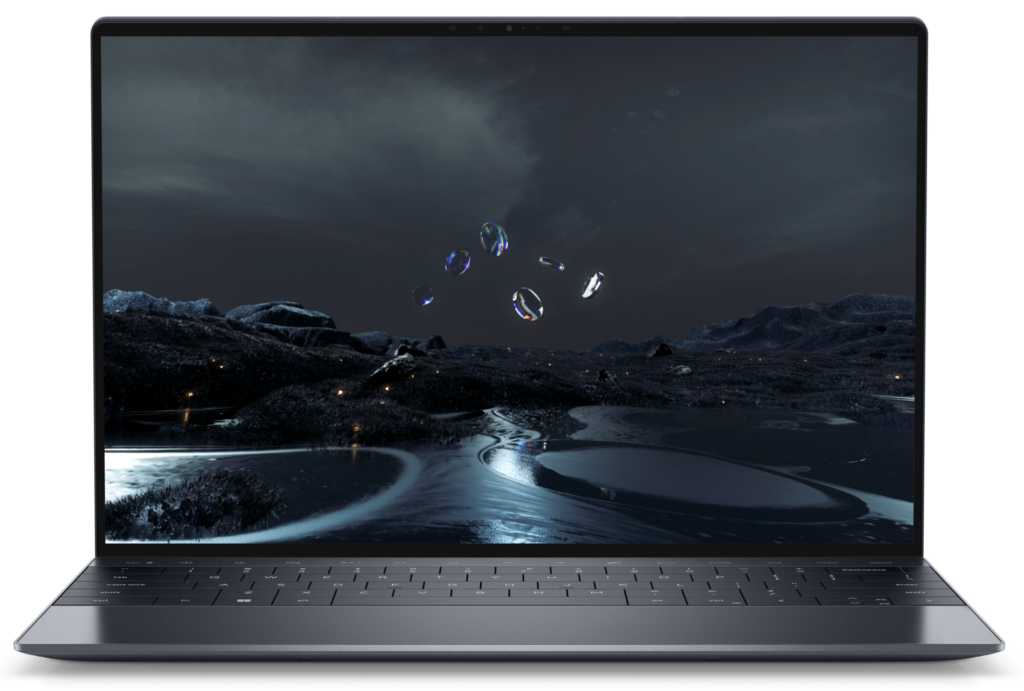 The Dell XPS 13 Plus retains its 4-sided InfinityEdge 13.4-inch display, but Dell claims that the number of layers has been lowered to increase clarity and save weight.

The Dell XPS Premium’s OLED display was bright and colorful in person, but there are a variety of possibilities. It starts with a 500-nit FHD+ (1920 x 1200) panel, and there’s also a touch screen version of the same display.

You may upgrade to the 3.5K OLED touch display for greater colors, perfect blacks, and broader viewing angles, though the brightness is only 400 nits. The 4K LCD touch panel option increases the resolution and brightness to 500 nits.

The “Plus” in this laptop’s name, according to Dell, refers mostly to performance. The Dell XPS 13 Plus with 12th Intel Alder Lake processor, up to the Core i7-1280P. What makes this processor so “Plus”? In comparison to the 15-watt processors used in the normal XPS 13, it’s a 28-watt chip. Dell has matched this with some larger fans, which should deliver a performance boost. According to Dell, ventilation can rise by up to 55 percent. According to Dell, the extra space created by the lack of a physical function row and a headphone jack helps in this area.

Of course, I won’t know the specifics of the performance differential between this and the XPS 13 until I can put it to the test.

However, the main issue is a lack of discrete graphics. Although it depends on the applications and process you’re interested in, it’s difficult to label a laptop that relies only on integrated graphics as a performance-driven device.

I can’t help but think about the XPS 13 Plus in comparison to laptops that are somewhat bigger but have dedicated graphics, such as the Acer Swift X. 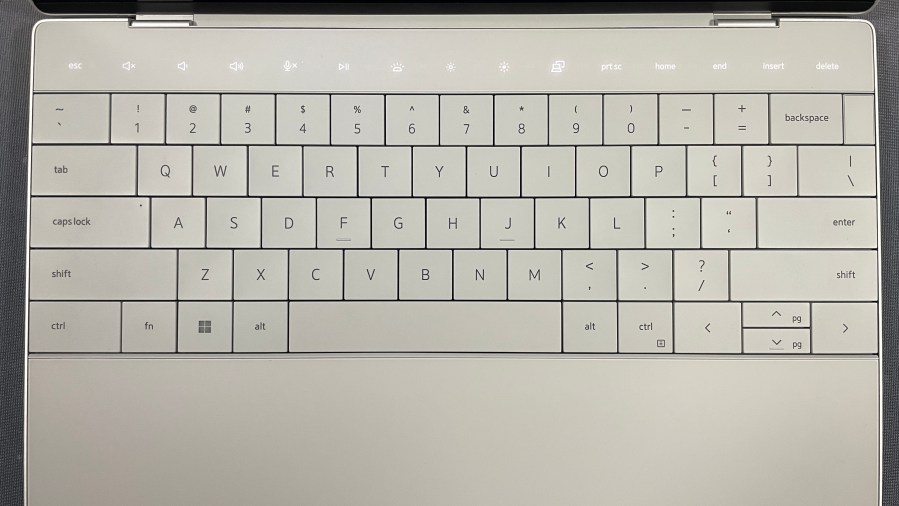 This is when things start to get a little prickly. First, there’s the touchpad, which appears to have gone completely. Technically, it’s still there, but now it’s all done by haptic feedback. The laptop, like the MacBook Pro and Surface Laptop Studio, uses actuated motors to simulate a click.

The Dell XPS 13 Plus should attract touch typists. It has a zero-lattice keyboard with bigger keycaps, and Dell claims that the layout is supported by a deeper dish (0.3mm).

I didn’t notice the lack of space between the keys during my hands-on time, and typing was generally comfortable with enough travel. I wish the down and up arrows were larger, but the overall typing experience on the XPS 13 Plus is good.

Before making a decision, I’d like to spend more time with the touchpad because it feels different. As previously stated, the touchpad is built into the palm rest, so there are no visible lines, and it employs Piezo technology to provide haptic feedback.

Although the clicks were not as satisfying as those on a MacBook Pro trackpad, I had no problems scrolling or clicking. 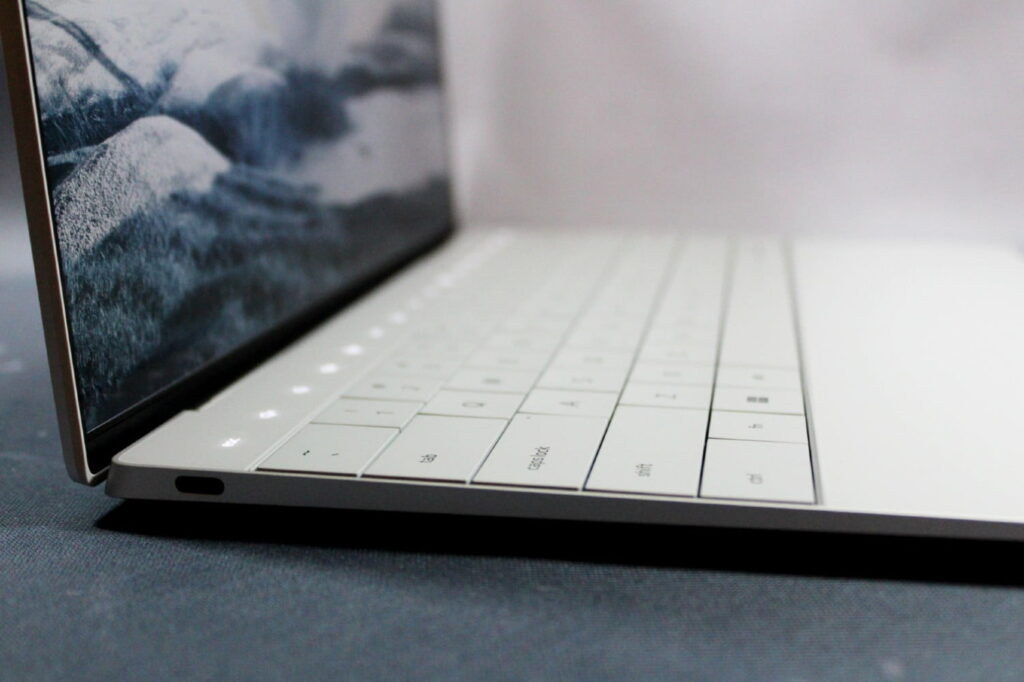 The Dell XPS 13 Plus takes the XPS 13’s restricted connector options and makes it even smaller. The two USB-C ports — one on each side — are still functional, but the headphone jack has been removed. This is the most high-profile laptop to make this controversial change — and, surprisingly, it does it before Apple.

Will this be a move Dell looks back on in a few years? This one is a little more difficult to figure out. The traditional headphone jack is undoubtedly utilized less today than ever before, thanks to the spread of wireless earbuds. A laptop, on the other hand, seems to be the one area where you don’t have to worry about charging your earphones or speakers.

When it comes to audio, the XPS 13 Plus comes with a new pair of speakers. Dell has increased the number of speakers from two to four, and from what I could tell during the busy show, they did provide a notable improvement in sound quality.

Regrettably, the webcam did not receive the same upgrade. It still only has a 720p resolution.

Which is best Dell or HP?

Is HP better than Dell? Dell has more features and is known to beat HP even in its entry-level models. HP laptops, on the other hand, often have a longer battery life than Dell laptops but are significantly more expensive.

Is 8GB RAM enough for college?

For most college students, 8GB of RAM is plenty these days. However, if you’re an engineering or business student who wants to use your laptop to analyze a lot of data, 16GB of RAM is a good idea. Unless you’re on a tight budget, we recommend avoiding laptops with 4GB of RAM if at all possible.

How long should a laptop last?

A laptop’s lifetime is estimated to be three to five years by most experts. It may last longer, but its value will be restricted as the components’ ability to execute advanced applications breaks down.

Laptops for everyday use!

BEST T-MOBILE PHONES FOR SENIOR in 2022

Best Alexa Speakers to Buy in 2022

The Best Gaming Monitors to Buy in 2022